As is tradition we will be naming the rooms after a theme and took suggestions via our twitter account and this site.

Please visit http://doodle.com/9stfh5vn6pa2yegy and choose your favourite, the room names will be named after the most popular theme. Voting closes Thursday evening.

The options you can vote on via http://doodle.com/9stfh5vn6pa2yegy are:

Many thanks to everyone who suggested themes.

It’s almost time; this time next weekend BarCamp Bournemouth 4 will have began and lots of wonderful talks will be taking place.

Planning is going well, we have the venue organised thanks to Bournemouth University and will be able to provide 2 meals thanks to BCS Dorset and Mozilla.

And there is is more good news, with Mozilla as the Saturday hackspace sponsor they will be bringing along some cool tech and probably some giveaways.

We would like to provide more free meals so if you know of anyone who can sponsor then send them over to our Sponsors Page for more details.

And finally as is tradition we will be naming the rooms after a theme and are taking suggestions so let us know via twitter or the comments below and we will set up a vote soon to establish the most popular suggestion.

The venue (Bournemouth University) was once again the perfect venue and the student union provided excellent food and refreshments. The sessions were excellent with topics such as tips on how to harness creativity, innovation, tips for design and for a bit of fun some group chat roulette, there was even a topic entitled “How to roll a turd in glitter”.

My presentation this year was on better web coding and it went reasonable well despite a having a small audience and some people leaving before the end but I enjoyed it.

A good weekend was had by all particularly the debates in the bar about the digital economy act, which had just become law that week. 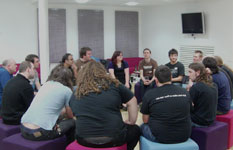 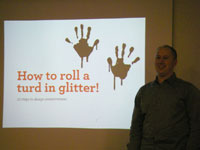 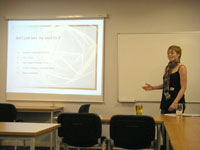 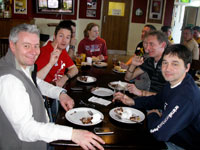